With an unfortunate synchronism with real world events,
1985: Mutual Assured Destruction is here.

Kev Sharp from Big Board Gaming is now caught in the “It Started in the Shipyards” campaign from 1985: Under an Iron Sky!

From Soviet doctrine to chemical weapons, from air war to amphibious ops, passing thru REFORGER, electronic warfare & Polish revolts.
How do you turn World War Three, the worst nightmare of 20th century, into a living room sim?

Anthony Morphet and Fabrizio Vianello offer some hindsight on the design process & the decisions to take.

Live event was at April 16th 1200ZT, on Connections Online, and recorded session is here below.
Sponsored by Connections 2021 Online and Armchair Dragoon!

Thanks to Grognard Emeritus Antonio Jose Jiménez Pretel, we now have a Spanish version for the 1985: Under an Iron Sky rules! Huzzah!

A Polish version of 1985: Under an Iron Sky rules, thanks to Grognard Emeritus Tomasz Engielski!

Two unboxing videos for 1985: Under an Iron Sky came out recently!

The first one is from the veteran VLogger Ardwulf, published on his Ardwulf’s Lair channel:

Thanks to Grognard Emeritus Pierre-Olivier Pellissier, we now have a French version of the 1985: Under an Iron Sky rules! 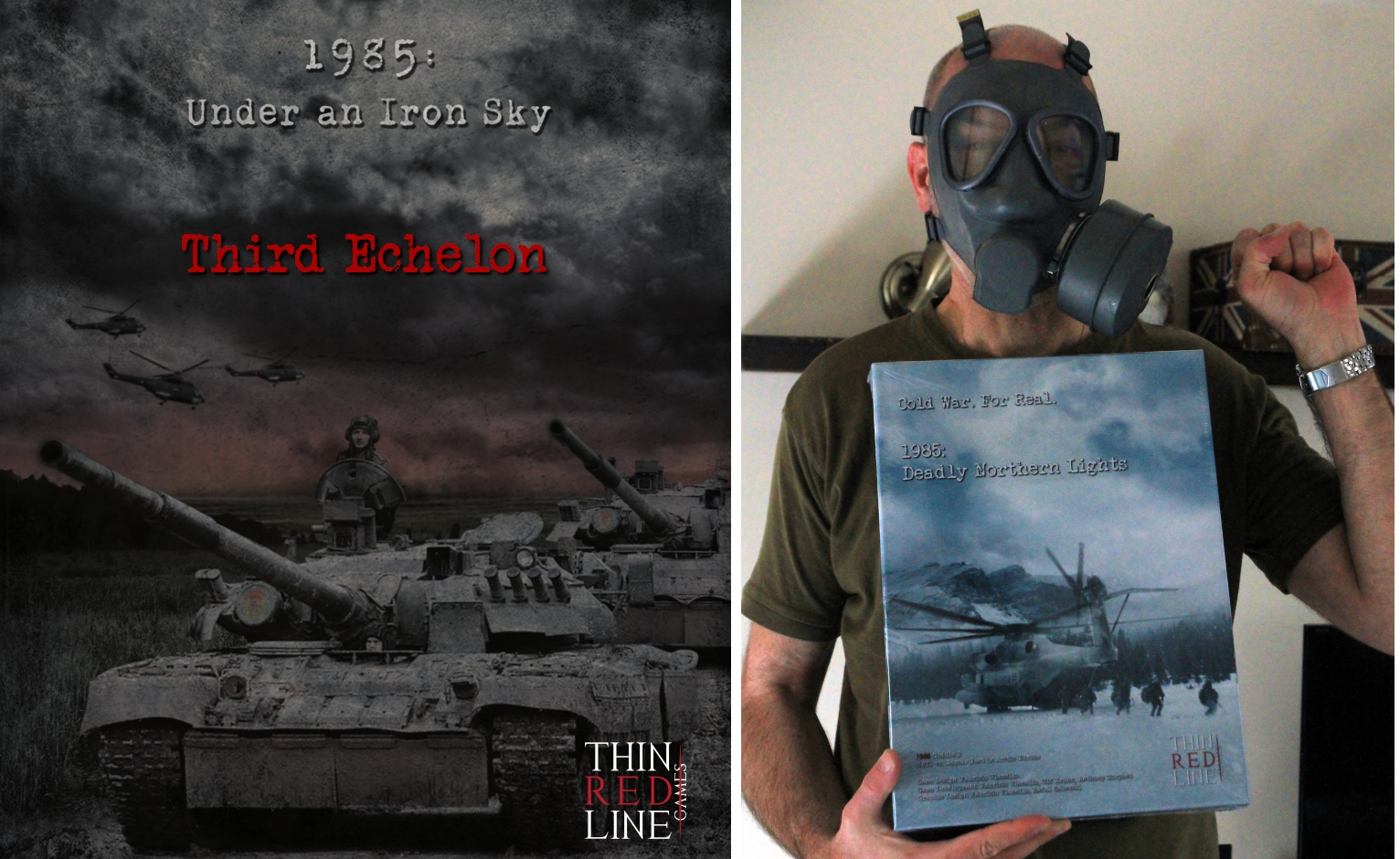 1985: Under an Iron Sky – Third Echelon will begin production printing in a few days! As we’re going to mobilize several extra divisions to be used as strategic reserve for conventions and so on, it will be possible to order a copy for a few more days.

Last chance to Report For Duty, before KGB reports you!