The latest (and maybe the last one!) chapter about the intrigues and maneuvers of KGB Colonel Fabrizio Leonidovich Vianello.
As usual, developed and written by Grognard Emeritus Thomas Gaul!

As special waitresses, several on whom were known to the Colonel in more intimate, private, areas cleared away the meal, the Colonel was content. Ah, the justifiable rewards given by the masses to dedicated Socialist geniuses such as KGB Colonel Vianello. And for true believers in the Communist system such as KGB Colonel Vianello. To those who were constantly fighting against the Capitalist exploiters and oppressors of the people, nothing was too good, no reward too large, no luxury too extreme! Yes, other, lesser, men than the Colonel would, perhaps, become decadent and jaded, but, with his special KGB training, KGB Colonel Vianello knew he was immune to such sicknesses. No, with him the dachas, the women, the meals, the cars, these did not weaken him, but gave the him the strength and energy to continue his fight for the Glorious Soviet State and its inevitable victory!!

Here it was, three weeks after “Operation Potemkin” had been launched from his personal computer and it could not have gone better. Accolades had been showered on the Colonel from all sides. All acknowledged the Colonel’s genius in solving the “logistical shortages” that had been noted by the braying,whining, jackel generals of the front lines. Tanks! Planes! Ammunition!! These had been “found” and sent forward to the battle in seemingly unending numbers!! With such reinforcements, only an idiot or wrecker could fail to win the battles to come. 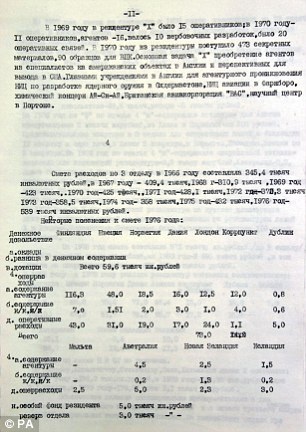 And, smiling his secret smile, KGB Colonel Vianello contemplated the “magic” that had made this possible. The reinforcements were coming, of course they were. The “computer printouts” said they were there, so, therefore, they were there. Who would dare question what the computer said in black and white? A computer, much like the 5 year plan and the Communist system as a whole, did not lie. It was a computer; it could not lie. Even those who did not understand much about what a computer was “knew” this. All knew this.

Ah, the Colonel’s foresight! His genius!! Truly, at times the Colonel really did think he was a prophet, able to foresee the future. Most of the time, those who tried to defame him ended up shot. Or at least in the gulag, forgotten. But for “computer genius” KGB Major Marco Josevich Cimmino, for him, he had arranged merely to be sent to the gulag. And, he had not forgotten him. He had even cultivated a friendship (definition- those who could be useful to KGB Colonel Vianello) with the Major.

And such “friendship ” had paid off. Frankly, the Colonel had not completely understood all that the Major had said about “hacking” and “worms” and “extra computer code”, but it had not been necessary. All that was needed was a very special program devised by the Major and implemented by KGB Colonel Vianello , and ‘presto-chango’ war materials appeared! Now that the “program” was in place, anytime he wished the Colonel could “create” new war material and “send” it to the front. All now looked to him as the “Miracle Man”. Nothing was beyond him now. The power, the glory, the fame…. 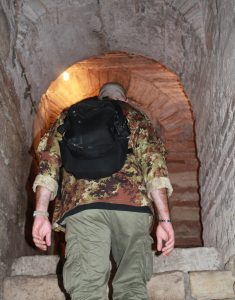 Abruptly, the Colonel awoke with a start. He realized both that he had dozed off and that someone was addressing him. And not just someone, but two someones. Two someones in the uniform of the KGB “special services” branch. This was serious! Having employed them himself on occasion, the Colonel knew that no person, no matter their rank, was immune from their power. The power to arrest. To interrogate. To shoot.

With an overt air of menace, the goons thrust into his hands a special folded envelope:
“For you, sir. And we will wait”

Tentatively, as if it were a dangerous snake, the Colonel opened the envelope. What he read dried up his good feeling with all the power of a spider sucking out the blood from its prey.

Your presence is required at once.